I'm sharing with you a recipe I just used to make apple pie completely from scratch, on the eve of Thanksgiving. I've never made a pie before, and it was really easy. Well, I've made things like banana cream using a pre-made crust, but never an entire pie from scratch. So, if I can do it, it will be even easier for you! I pieced together three different recipes that I found on Pinterest. Photos are my own. I've never cooked with shortening before, and learned that it will now keep, unrefrigerated, for up to a year in our cupboard - eew!

Apple pie was my Mom's absolute favorite, and I'm sorry that I never made one for her. But hopefully, she's smiling down, and likes knowing that making this pie every year for, and eventually with, Autumn is a new tradition.

Learn how to make a pie crust the way Grandma did. Grandma’s Pie Crust is buttery, flaky, and takes just a few minutes to make. It’s our long-time family favorite!
Visit this site for pictures and more details.

Homemade Apple Pie FillingApprox. 10 sliced apples - I used a mix of Gala and Granny Smith.Toss the apples with 3 tablespoons of lemon juice and set aside. Pour 3 cups of water into a large pot. Add 2 cups of sugar, 1/2 cup cornstarch, 1 teaspoon of cinnamon and 1/2 teaspoon of salt. Stir well and bring to a boil. Boil for 2 minutes, stirring constantly. The sauce will thicken up, which is good. 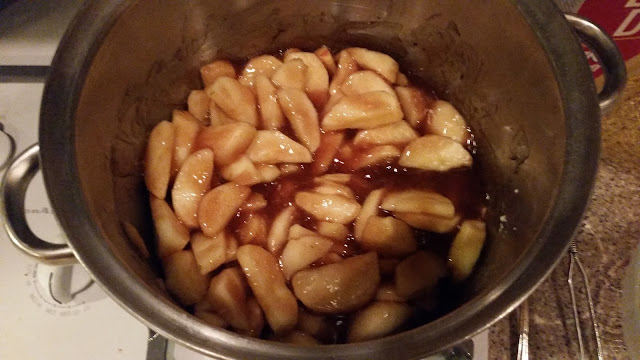 Add apples and stir gently to combine. Return to a boil. Reduce heat, cover and simmer for 6-8 minues or until apples are tender. Let the apple filling cool, then ladle into freezer bags or jars. This recipe will make enough filling for 2 pies. I froze a bag and made a pie right then. 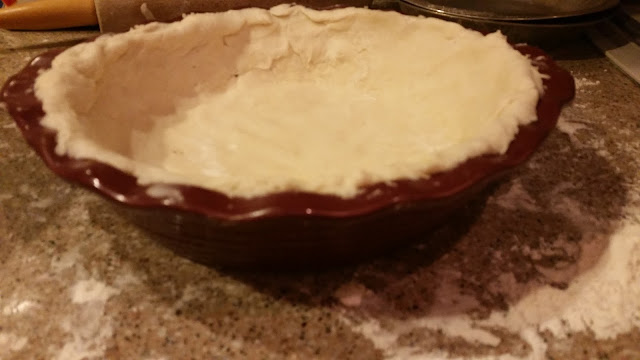 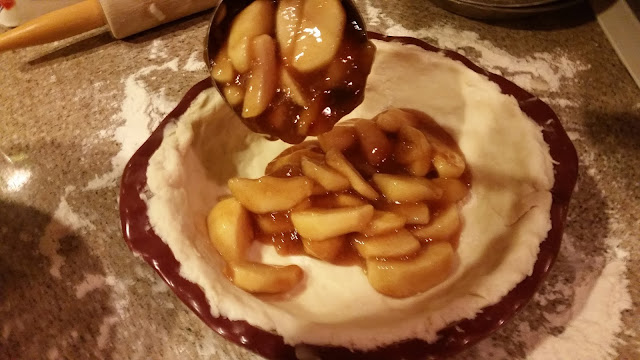 Bake 40-50 minutes at 425 degrees with foil covering to prevent excessive browning. Remove foil for last 15 minutes of baking. Pie is ready when crust is brown and juice begins to bubble through slits in the crust. Keep and eye on it, I had to bake ours for close to an hour, but our oven runs on the cool side.
Posted by Megan Heather