I Don't Have Cancer? 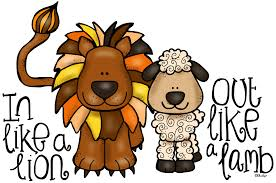 WARNING: This post contains a photo of my incision. If you do not want to see it, do not scroll down. Stick with the cute illustration here on your left.

The month of March rolled in like one of those foggy mornings where the fog lingers well into the afternoon and you think it's going to clear up, but it never does. I constantly found myself distracted by the looming outcomes of my various tests and biopsies. The best example of how distracted I became is one night after a particularly sweet and mood-boosting conversation with my Mom Cathy, I passed the phone to my husband, who had a few things he needed to ask her. While they were on the phone, I started to search for mine. I checked where I was sitting. No phone. The kitchen, the charger. No and no. At a loss, I mouthed to my husband "Have you seen my phone?" To which he responded by pointing to his ear. Oooh, he's still on it. Right.

I did my best to be present and happy and sweet for my baby girl, who really is becoming more and more, with each passing day: My sunshine. Seeing her excited smile, and a squeal if I'm lucky, when we've been apart or she sees Trevi, fills my heart. I can't get enough of her when she's awake, and I always have a twinge of sadness when she drifts off to sleep, in my arms. I hold her for awhile after she falls asleep because I just don't want to put her down. And sometimes, I put my face close to hers so that I can feel her breath when she exhales.

Somehow, I was able to make it through that first week of March without crying at work (practice from Mom's situation?) but would often let down my guard on the drive home, or once at home. It sure must be confusing to a baby who is new to learning expressions and their corresponding meanings, and the world in general, to suddenly be faced with a Mommy who bawls her eyes out, while also trying to smile and now hugs her just a little too tightly.

On the 14th, I returned to my primary care physician who I credited with saving my life, and we were to continue with mole removal. I was also planning to ask her if there was any way that the original three biopsy samples had been mixed up...because no melanoma was found in the wide excision that was done. But, we since learned that happens, sometimes.

We were in no way prepared for what we were told when her and her office manager walked in: You do not have melanoma, and you never had melanoma. The biopsy results were mixed up.

We are still in shock and don't know what to think. My husband is unsure that these "new" results are even accurate, and we have asked for DNA testing to be certain.

Every person who is told they have cancer wishes and prays that it is not true. This must be some sort of a mistake is one of the first things that goes through your mind. How many get called back in and told it really is?

We can't stop thinking the poor other girl who got the clear results only to be called and told this, after it has been growing for 3 weeks. The doctor said she has had melanoma before.