Now that Labor Day has come and gone and the new school year is here, crock pot season is upon us! I love coming home from a busy day (and nothing is busier than the first day of school!) to an already-prepared, healthy meal! The sodium content in this recipe was pretty high, so I modifyed it by using the low sodium vegetable broth and tomatoes. I also added a lot more fresh veggies: corn, zuchini, squash, bell peppers, chayote, daikon radish and white zuchinni. The last three (two of which I've never heard of) were recommended by employee at Grower's Direct. I prepared everything last night, so now all I need to do is switch it on!  Also, instead of cooking it on medium for 8-10 hours, I am setting it on low for 12-14 because I will be working later than normal today...

Vegetarian lentil soup is very easy to make in your crockpot or slow cooker
This is a super-easy vegetarian crock pot recipe - just put all the ingredients in your slow cooker in the morning and forget about it until the end of the day. Lentil soup is hearty enough for a main dish, but you could always add extra veggies to make it even more filling.
Ingredients:

Pre-soak the lentils in water for at least 2 hours, preferably overnight. Stir together all ingredients in a crock pot. Cook on medium heat in the crockpot for 8 to 10 hours. Enjoy your crockpot lentil soup!
Makes 6 servings of crockpot lentil soup.
Posted by Megan Heather No comments:

Über-inspired by my parents, who are now following a plant-based, whole food diet à la Forks Over Knives. This documentary (check out Ebert's review of it here) presents strong evidence and research linking our Western animal-based diets to cancer, obesity and many chronic illnesses.

My parents started it 6 weeks ago, and I hadn't seen them in 3 weeks. Quite honestly, I could not believe how much weight they lost; they have never looked better. Not big meat-eaters to begin with, the main change they made was cutting out all forms of processed food. More about that in a future blog post, but in the meantime, here's a delicious recipe (thanks Krista!) that I made for dinner tonight, and will take to work over the next few days. I've also dusted off my crock pot for the morning...stay tuned!

I made some modifications to this recipe from Vegetarian Times. 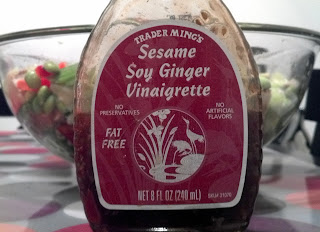 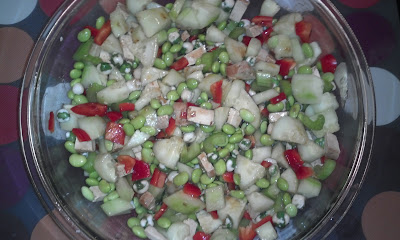 If at first you don't succeed...

...tri and tri again! Sorry, a cheesy play on words was too hard to resist! When I signed up for my 1st triathlon last year (sprint distance) I had no idea just how hard a half-mile swim was going to be with no formal swim training. Nor did I have any idea how hard "only running 3 miles" would be without having done any brick workouts.
I ran 20 miles to train for Chicago the day before my tri, thinking the race would be a nice short distance; a good recovery to help work out my lactic acid and aid in my recovery. I couldn't believe I was paying so much money to go such a short distance! Boy, was I wrong! It was a humbling experience, to say the least. When I got into that water in the Long Beach bay in a borrowed wetsuit that foggy morning, I had no idea what I was in for. But I soon realized when I couldn't breath and freaked out even putting my face in the water. People surrounded me, and thoughts that I could just go under and no one would realize (this is likely true!) came into my mind. I searched for a life guard, and flagged him down by wildly waving my arm. He swam over to me on his surf board and asked if I needed to be brought in. How's that for a confidence-killer? Clearly, I looked like I wasn't going to make it.
My first thought was that I couldn't give up - people knew I was doing this; I posted it on facebook! I caught my breath, asked him to keep an eye one me, and continued on, still afraid to put my face in the water. I was doing something resembling a doggie paddle. Not surprisingly, everyone in my wave (age group) was passing me. I looked back at the trusty lifeguard and he was looking the other direction...so much for keeping an eye on me. So again, I panicked...and flagged a different one down. I ended up doing this three times total, while almost everyone in the next wave also passed me.
It took me an hour to go that 1/2 mile. When I got out of the water, I walked to transition, not running like all the others. And then, the 11 miles on my bike were extremely difficult. Then, when I finally ditched the bike and started running, I could not believe how hard even that was! Running was my strongest area of the three, yet I felt like I was running in quicksand.
Here are my results: Athlinks.
It would have been so easy to write off triathlons as not my thing. And I did consider that. But a few months after that horrible experience, I signed up for a half ironman, skipping the olympic distance usually used to prepare. And when I was pulled from the water in that race (read my blog about that experience here) I countered that defeated feeling by signing up for an Olympic distance as soon as I returned from Napa. Finally, that was a triathlon I finished and felt good about (blog here) thanks to the support and encouragement from my friends Delia and Darra, who came out that day to cheer me on. My .93 mile swim in Lake Mission Viejo took me the same amount of time the .5 mile swim in Long Beach took me.
Those of you who have tried a new workout routine, race or sport and struggled or failed at first will agree: it doesn't mean that it's not for you! It just means you need to stick with it a little longer, work a little harder, train a little more, and you will get it! Being good at something that comes naturally isn't nearly as rewarding anyway! The things that truly hold meaning in life, that really hold value and satisfaction, are the same things that we have worked hard to obtain. The same things that we didn't think we could do, but pushed through that doubt and conquered.
Megan's Profile · Megan's Wall
Posted by Megan Heather No comments: