No one wants an opinion & advice counselor!

I wish I could blog more about my career as a middle school counselor, I really do. I truly love the work I do; something amazing, peculiar or rewarding happens every single day. I feel very thankful to have found a vocation, instead of just a job.

But as a counselor, we have this thing called confidentiality. I often tell kids: What you say in here stays in here. The only exception: someone is hurting you, you want to hurt someone or you want to hurt yourself. Their stories, struggles and successes are their own, and it's not even right to tell their stories but change the name. We're actually not even supposed to tell their teachers, though with the student's permission, it can be very beneficial. Teachers are on the front lines, and they see them daily. It helps for them to be aware when one of their students is going through something, even if we don't expressly state what it is.

So, with that in mind, I had a meeting with a student the other day and it went so well that she looked noticeably calmer towards the end of our session, even though I didn't really 'do' anything. Don't get me wrong, there can be a lot more to counseling than just listening. Narrative Therapy, for example, involves helping shift the way someone views their self and their situation. Through externalizing conversations, it can help someone realize that the problem is separate from who they are and not an inherit characteristic of their personality, giving them the power to do something to change it.

But in this case, I wasn't doing that. I was simply listening, and not telling her how to "fix" it. She told me that her Mom doesn't listen (in her opinion) and always tries to have a solution or strategy to solve things, or tells her how she would handle it. Her Mom may very well be a good listener, perhaps even a better listener than me, but that's her opinion...and our opinions are our realities.

Later that day on my run, I was thinking about becoming a mother, a topic on my mind quite a bit lately. And I was thinking about being a parent and how I'm going to try and not be viewed by my child(ren) as a parent who doesn't listen. Trying to identify a difference that maybe made her feel like I listened when she thinks her mom doesn't. I came up with an important one: no advice.

Counselors do not give advice. It can even be seen as unethical to do so. Thinking we're an expert and presuming we know what is best in another person's life is a dangerous position to place ourselves in. I believe that they're the experts in their own lives. And, studies show that people don't take advice anyway. Even if they did, if we dished it out, and it turned out to be wrong...they're the ones who have to live with it.

When I'm a parent, I really hope to remember this, and practice at home what I preach at work. It can be so different when we're on the perimeter of a situation instead of in the thick of it...and I have seen this in my own life with my own family. I have, at times, come across as bossy or all-knowing with my brother, instead of just listening. When I was a child, teenager especially, one thing my Mom never, ever did is tell me what to do. Instead, she listened, with her whole heart. She was flexible, forgiving and trusting. When we disagreed, she worked with me to come to a compromise instead of just saying no.

Now, this isn't to say we, as counselors and parents, can't help guide them; help them figure out the right course of action. But, we should never pretend to know or force them down a certain path. It most likely won't work, and then the resentment can start to build...and ultimately, they end up feeling like we don't listen. And sometimes, listening is all it takes. 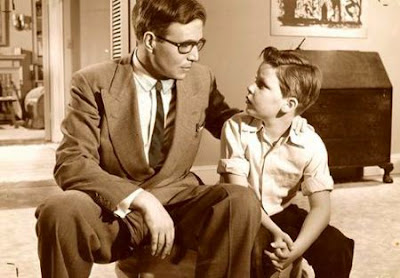