Our Nursery, on a Budget

When you become pregnant through IVF, keeping baby-related costs down is important. I'm pretty proud of the fact that we were able to keep costs down in several different ways which I'll share with you, and still end up with a nursery beyond what I have always envisioned.

My hospital bag is packed. I woke earlier this week to find the stroller out of the box and ready to go, and her car seat installed in my Jeep. Tomorrow I will be 37 weeks, just over 9 months pregnant. My due date is June 2nd, but we have a feeling she's going to be close to 10 pounds. If that's the case, she will be delivered via c-section at noon on May 26th. It all finally feels real, and I could not be more excited! I currently have zero anxiety or fear of the process, though that may change as the date gets closer.

Her nursery is almost done; just a few finishing touches are left, like hanging up the window panels for the french doors. And of course no nursery is complete without a DIY faux taxidermy elephant head, which I will be working on this weekend (thanks Glen!). This will, of course, warrant its own blog entry, view-able here.

Our first step was to have french doors installed, leading out to our back yard. This brought in a lot of light and really opened up the room. The trade off of course is less wall space, but it's totally worth it. And when she's older, we'll have easy access to lots of fun activities in the back yard. We bid the job out to two different contractors, and found someone very reasonable - contact me if you want his information (we are in Orange County, CA). Nathan also searched to find doors that were on sale. We saved a few hundred dollars on doors that were higher quality. 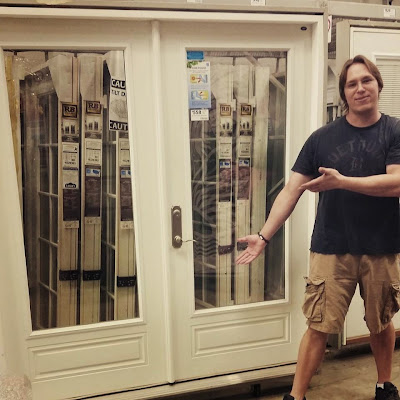 Our next step was painting, putting up a chair rail, crown molding and baseboards. This did cost a few hundred dollars in materials, but I will tell you it has made a world of difference. We were lucky enough to have someone offer to put them up for free. 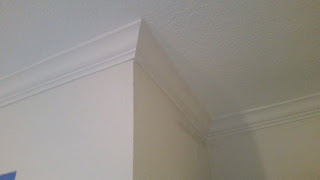 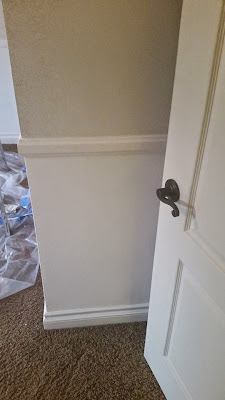 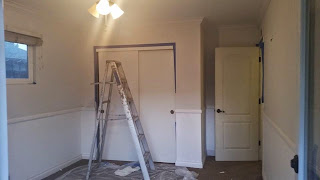 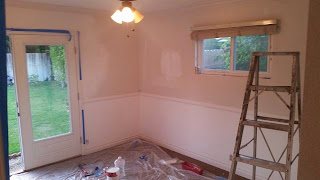 Now, to pick a pink! I picked up some $3 samples at Home Depot., an extra step I wouldn't normally do. Make sure you do this! The color I was sure I wanted looked too bold and bright when painted on the wall with all of the light. I ended up going with the color on the far right, when I was certain I wanted the one in the middle. 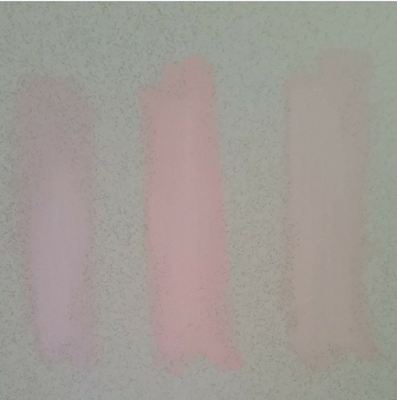 Next, we began our search for furniture that we knew we needed. We started this early, so we had time to find deals. This also helped us space out the spending. I'm happy to report that we didn't pay full-price for anything! I knew I wanted a large, overstuffed recliner, but we ended up finding two, one for the nursery and one for the living room, for less than we were planning to pay for just one. This was because we happened to wander into Ashley Home Furniture and find floor models on sale for only $150! I think I will be spending a lot of time in these, and by spending time I mean sleeping. 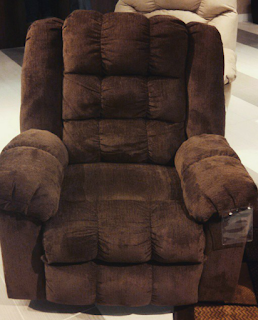 Actually, our search for furniture began even earlier when I was given a crib by a former co-worker. Cathy, who I used to work with at the museum, posted that she was getting rid of her crib on facebook and I was first to respond. This was back while I was undergoing treatment for my second round of IVF! Important: Before getting a used crib, be sure to review this website, especially if it was manufactured BEFORE June 28th, 2011 when new federal safety standards were put into place. 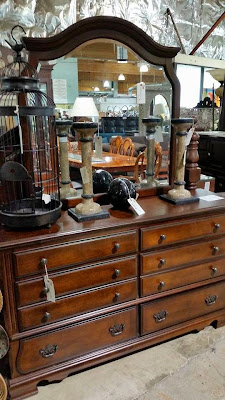 When we were at Ashley Home Furniture, we looked at dressers but they were too expensive, and not great quality. Instead, we decided to look at Home Consignment Center in Newport/Irvine, a place I've been going to for years. A lot of their furniture comes from model homes. We didn't want a small nursery or child's dresser, but instead, one that can eventually go in our guest room. We found the perfect one, and it was new! We paid under $500. We also found our changing table there. Even though it was almost $100, the ones I saw at Babies R Us were more money and again, lower quality.
Next up - a closet organizer! This was Nathan's idea and something I wasn't sure we needed and viewed as a splurge. But now that we have it, I can't imagine leaving it the way it was. It almost doubled our space for hanging her clothes, and added a lot more storage. Six shelves (there are three above the top bar, out of view) and four drawers. Always the bargain hunter, this was a Home Depot deal of the day. It's this model by Martha Stewart which usually goes for over $300, and Nathan found it for under $200. He also received airline miles for it, something he loves doing. 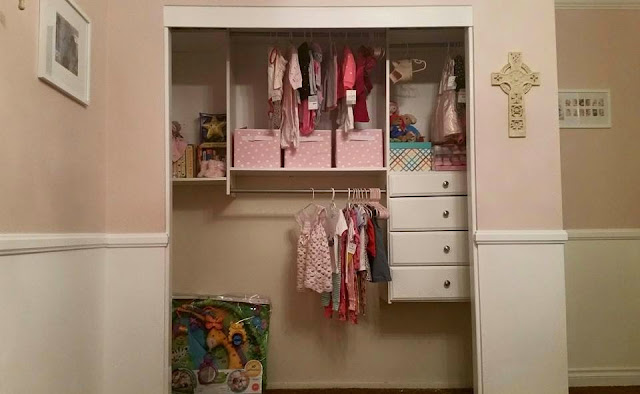 Nathan was kind enough to humor me and get our little girl a chandelier. He replaced the ugly, brown ceiling fan. You can find the same one here for under $100. Even though this was more than reasonable, it did not save us any money because the process of installing it caused the electricity to go out in half the house. We live in a 1958 ranch-style house, and as it turns out, when you switch off all the power to install lighting, you're likely to blow a breaker. If this happens, you may find that part of the electrical panel needs to be replaced. Five hundred dollars later... 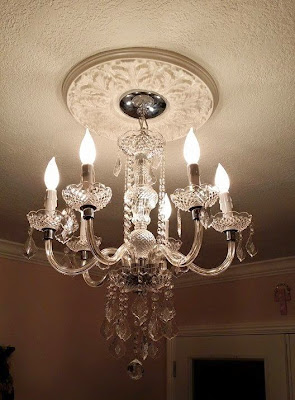 I couldn't be happier with the finished product. Some final touches: The netting over the crib will just stay up until she starts using it or standing, and was under $12 on Amazon. I framed the 8x10 photo of my Mom holding me that I saw for the first time when I visited her sister outside of London, with a frame from Target which cost $16. I put up the Celtic cross that she used to have in the living room. My bedding is from Buy Buy Baby, which my mother-in-law and sister-in-law were kind enough to get for me.

Autumn will be sleeping in our room for the first few months in the Arm's Reach Co-Sleeper, but it feels so good to have her nursery set up and organized.

Did we save a little? Yes. But of course we could have saved more. I thought we did a pretty good job, until my husband, who is in charge of our finances, saw the title and responded with "Our nursery on a budget, my a$$." What he is not so eloquently saying is that the arrival and preparation of a child is an expensive process no matter what.

But hopefully, with starting your shopping early, you can find deals, discounted items and freebies to help lower the overall cost and provide a cushion for the unexpected costs that are sure to come up, like hiring an electrician. Maybe we could have done better, but I love it! And she will too. Plus, it looks great in photos. 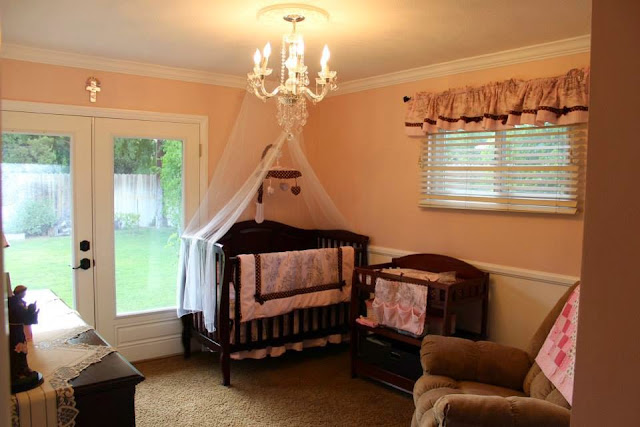 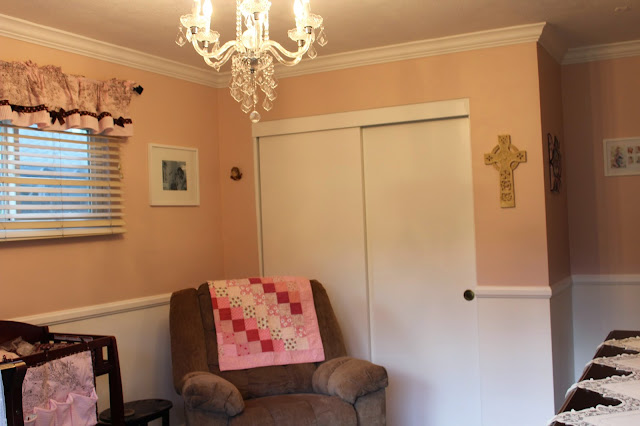 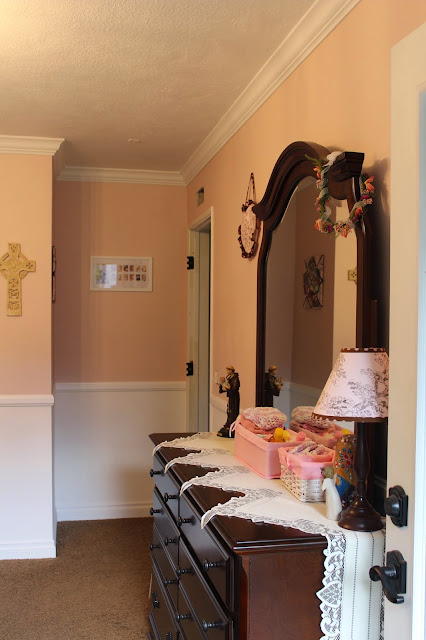 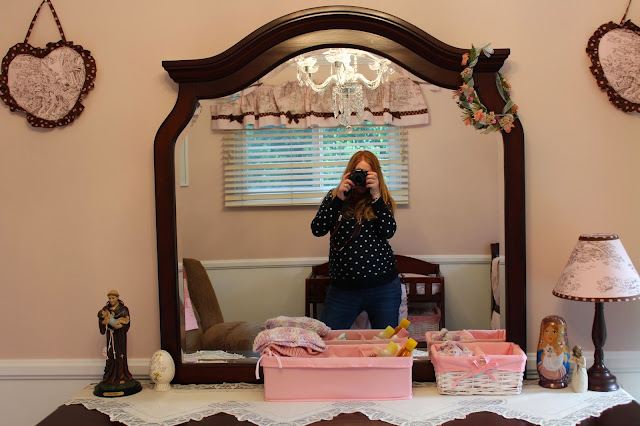 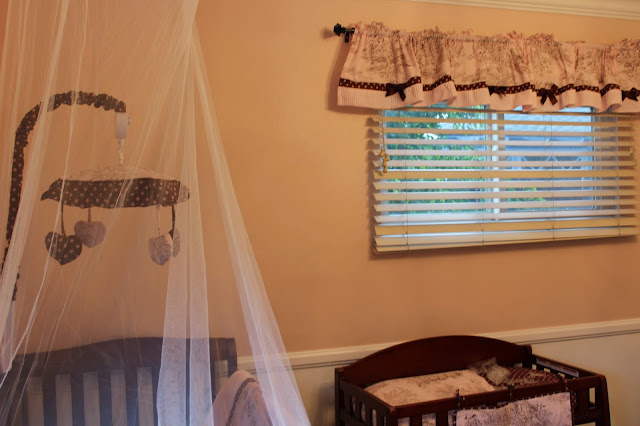 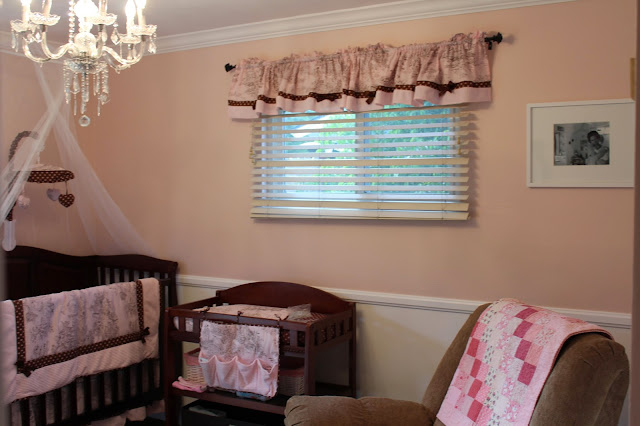