Puppy Party Fit for a Princess

I know, I know...my daughter is not actually a princess. But she's my princess. 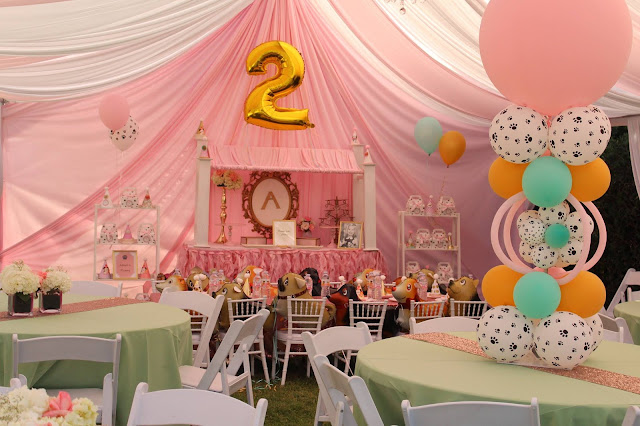 When I was planning her 1st birthday party, I justified it by telling my husband "Don't worry, she won't have another party until she's like, five." I wasn't intentionally lying to him, because I actually believed it myself.

I enjoyed planning her first birthday so much that when I started to think about her only having a few big parties left (age 5, 10, 13...16, 18) it made me really sad! Okay, I'll do a puppy party, but just a small one I thought. Again, I was lying and again, I believed myself.

Much to my surprise and delight, I discovered that there are party planners for children's birthdays. When I saw Lesly Marquez's amazing work with Glam Spot Events, there was no turning back. But how were we going to afford it? After all, we're both on a teacher's salary. 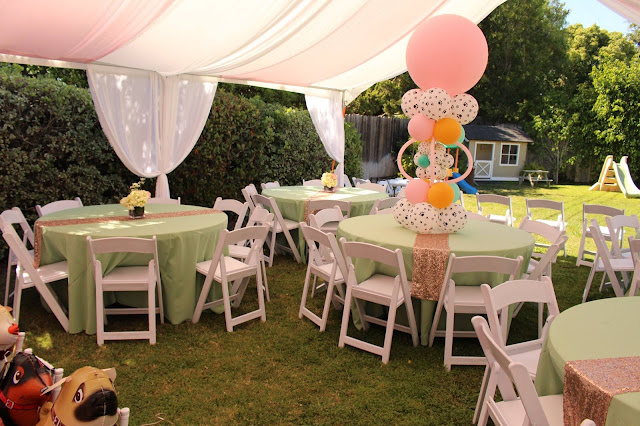 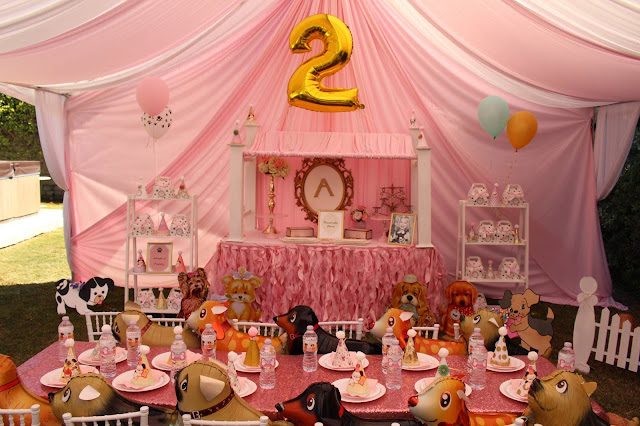 I saved my allowance every month since November to cover the cost of the planner. Edit: My husband would prefer that I call it my "mad money" so that he seems like less of a male chauvinist and more like a man about the 21st century. My husband parceling out money may seem antiquated to some, especially since we make the same...but trust me, it's for the best. He does all of the finances in our household because if it were up to me, I would spend our money on...well, things like this! Now, this doesn't mean that I wasn't able to sneak in an amazon order here and there, but it did mean no pedicures or new clothing for me. I know, I know quite the sacrifice. If the hash-tag 'first world problems' had not already been invented, this would be a great time to do it.

Because I told my husband I was "taking care of the planner" which included the tent and draping, centerpieces, dessert bar, some dog props, tables, chair and linens, he somehow thought that meant he was off the hook for costs the day of. "Oh, no - I have the planner covered, but you need to get the taco cart, balloons, and the puppies." He raised an eyebrow but mostly remained silent and if I could read his thoughts, they would have been This better be worth it... 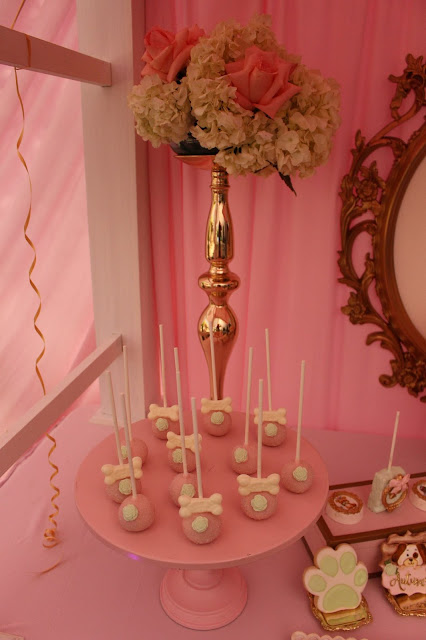 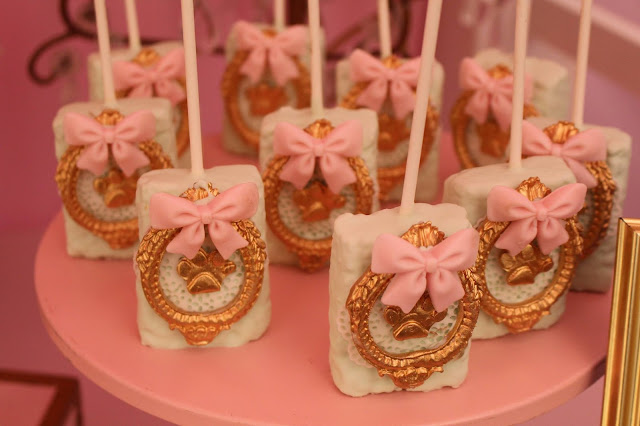 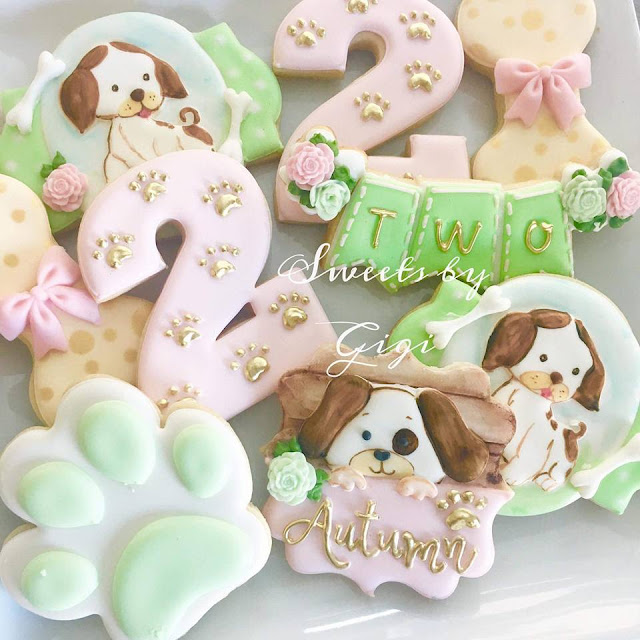 But it was worth every penny. And Baby A had an absolute blast, playing with the real doggies, and balloon floaters and her friends. Usually close by my side, she had fun wandering around the party without me even keeping track of where she was.

And at the end of the evening, when all our guests had left, our conversation went like this:

Hubby: Everything was perfect. It reminded me of the Christmas parties my Mom used to throw. You know, I was thinking. If you're going with a Beauty and the Beast theme for her 3rd, we should project a movie outside for the kids who want to stay later. And if we're going to have a movie, we're going to need fresh popcorn...

Me: You're speaking my language. There's a vendor for that, and they can also spin cotton candy...or, we could have hot dogs!

Hubby: Book the planner, so we have the date set. 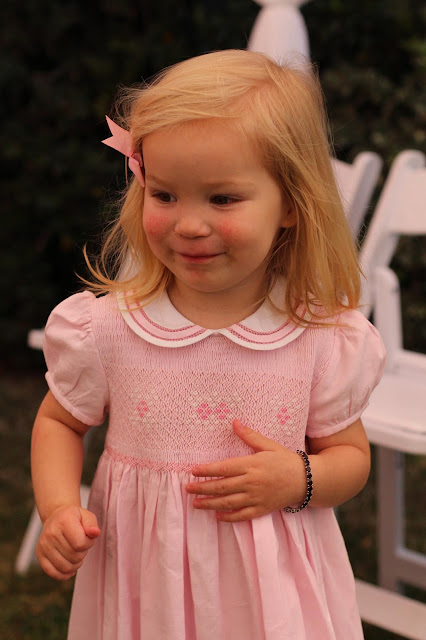 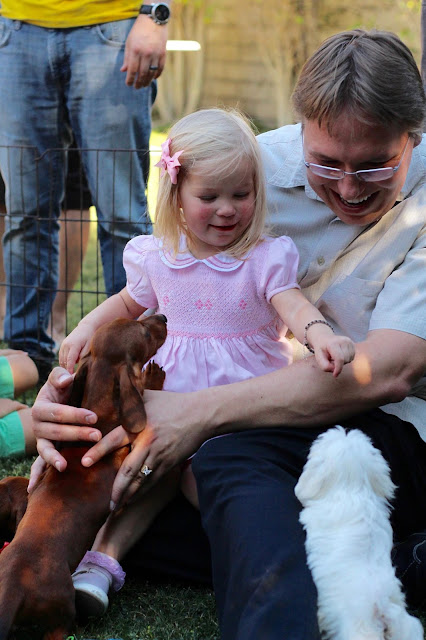 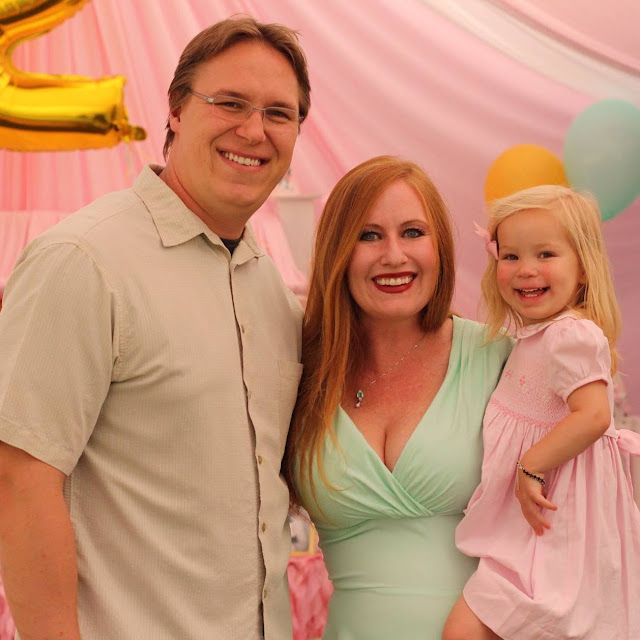