August was rough, but September was when we found our stride. At almost 6 weeks, Baby C started sleeping through the night! His last feeding is around 10pm, and he routinely goes until after 6am without waking. A few nights this month, I was actually able to log 10 hours of sleep! But then I started feeding him once each night, whenever I wake up, usually around 4am (and then I go back to sleep). He is truly a remarkable baby, because if he does wake up during the night, he doesn't cry. He also still sleeps most of the day, and other than the weight of him in his car seat or hassle of bringing the stroller, is easy to take around. 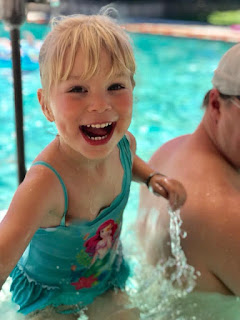 I enrolled A in a dance class close to our house, and she loves it. Because she's home with me now and not in daycare, we try to arrange a few playdates every month, and take trips to the library, Bounce-U, the zoo, Disneyland and Irvine Regional park. We also signed her up for weekly swim lessons which are pricey, but hopefully worth it. 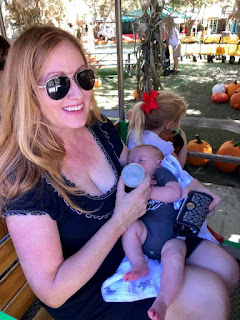 Grandpa-Glennie continued their visits every weekend, and their grandpa from Oregon also came down for a few days. Our little boy is named after his father, so it was very special for me to see them meet for the first time.
A week or so before my 6 week check-up, I began hiking on the trails behind our house and doing some super slow "running." Then, I began pushing the double B.O.B stroller which is really a workout! I'm averaging about 20 miles per week right now, with plans to increase that to 30. 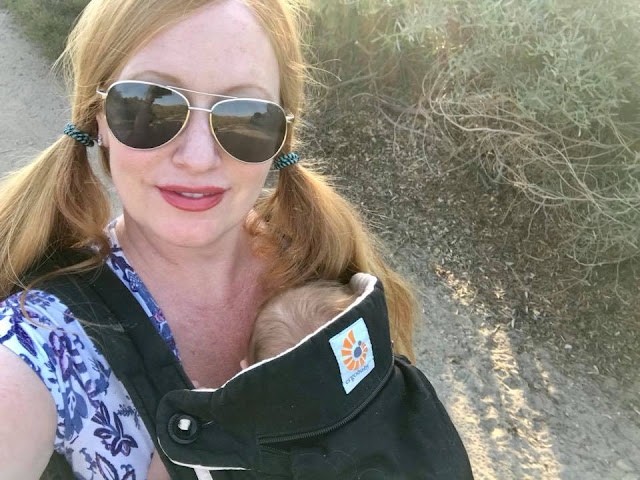 I am a much more relaxed parent with the second child. And since I was already a relaxed parent with her, this does have me slightly fearing that I'm too relaxed and going to leave him somewhere. Especially because he is so quiet. I'm left wondering just what I did with all my free time back when I only had one helpless, tiny infant that slept all the time. I remember thinking it was a lot of work back then, but is nothing compared to having a toddler! It takes us almost an hour to get out of the house and has left me questioning whether I will ever be on time anywhere again. 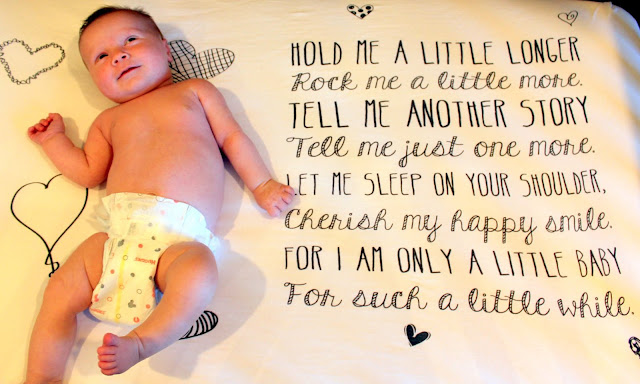 Baby A started sleeping in her big girl princess bed again, with a little bribery. Her whole life, I have waited until she fell asleep to leave her room. As a baby, I held and rocked her until she was asleep and transferred her into her crib. When she was too big to do that, I would read to her and rub her back. But then she would sometimes hear me as I was leaving and call "Mommy." You have not experienced true fear until you have accidentally made noise sneaking out of your child's room. Later in my pregnancy, I would often fall asleep next to her while putting her down, and then wake up an hour later. Around the 9th or 10th month, I gave up completely and slept in her room all night, not wanting to 'waste' the 30 minutes it took to put her down. 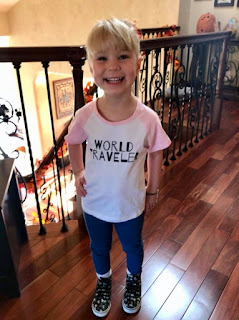 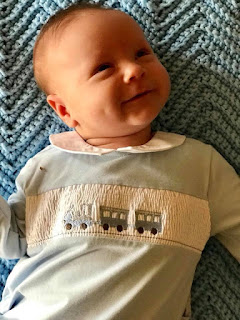 Since moving into the new home, we slept in the same bed. It was easier and gave her the extra attention I felt she needed adjusting to no longer being an only child. I feared having her sleep on her own would be a tough transition or be a lot of work, and I delayed it until my husband brought it up. It's time I thought, but feared it wouldn't be easy. 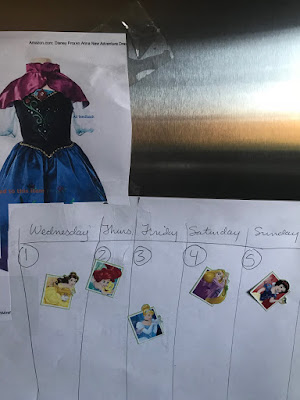 On a whim, I drew up this non-Pinterest-worthy chart and promised her an Anna dress if she could sleep in her princess bed for 5 days. I didn't expect them to be in a row, but they were. I still read to her and rubbed her back, but left while she was still awake, freeing up a very valued 30 minutes to myself each night or with my husband.

This month, I slowed down and started playing with her more. More than ever before, she has been asking "Mommy, play with me." Maybe it is because we have more free time together now since she is not in school, maybe it is because she sees my attention on her baby brother, or maybe it is due to her developmental age. Whatever the cause, with seemingly limitless boxes to unpack and a newborn, I have to admit I sometimes dreaded these words. "Not now, A" or "Mommy can't play" were uttered one too many times. When I would oblige, she seemed to ask even more the next day.

Going against what I felt was right, I found myself asking should I be playing with her at all? Isn't that for kids her own age? Remembering stories of how my Mom used to play school with me when I was four, I knew the answer was that I should be playing with her, but I was busy, wasn't I? And being told which princess to be and ordered what to say stifled my playing creativity. Then late one night, I read this article. It only reaffirmed what was in my heart, and was exactly what I needed to read. I would be lying if I said I didn't get some tears in my eyes and committed to saying yes more to play.

Taking the time to put down our phones and realize that our kids need. us. to. play. It sounds silly, but all the mindless funny cat videos and random Tasty recipes will still be there years later; our children won’t.

So now, at least once a day, I sit and play with her. She will usually assign me a proncess or the Beast and tell me "Talk like the Beast!"

On the last weekend of the month, we picked GrandpaGlennie up and went to Oak Glen. It's a small mountain town with apple orchards a short drive from where I grew up. It was so much fun for me to see her explore the petting zoo, a place I remember going as a child. 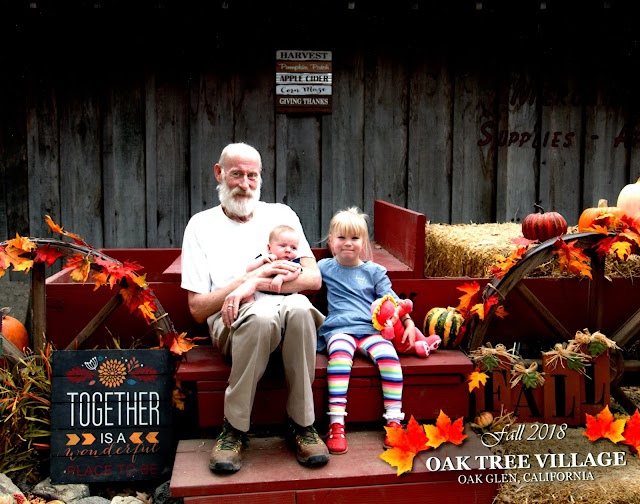