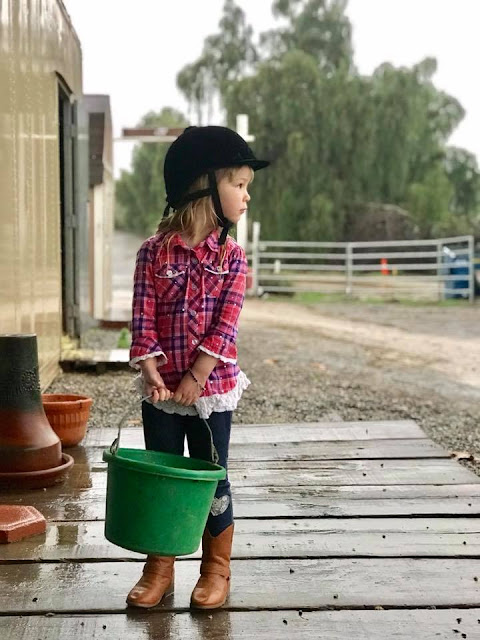 "What's today?" is the first thing A asks me when she wakes up. Routine is very important for toddlers, and she likes to know what we have planned. It is nice to notice her going from dreading her swim lessons to looking forward to them.

Like her Daddy, she is very risk-adverse. But she develops her level of comfort quickly.

This month, I enrolled her in a Fun with Horses class offered through our city. Each Saturday for 5 weeks, we drove 20 minutes to El Rodeo Stables for the hour-long class. The first class was held in a downpour, which was more fun than it sounds, even though we were both ill-prepared and ended up soaked. On the first class, she was a bit hesitant to approach the horses to brush and feed them, but she did it. Yet by the third class, she was riding with no hands (working on balance and holding with legs) when prompted, which other kids wouldn't do. 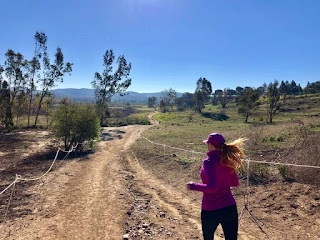 I was doing so well with my running and being consistent with my 3 mile runs, so I decided to bump it up. I started throwing in some longer runs, which felt good. I ran just over 6 miles of trails with my friend Delia, to Irvine Regional Park and back. I felt fine, and hiked it a few days later with the kids. But in doing so, I violated the 10% rule: To avoid injury, you are supposed to make sure you don't increase your distance by more than 10%.

My right hip started hurting again, which it first starting doing back in 2011 when I was training for an ultra marathon. I had an x-ray done at that time, which showed some early arthritis. I was really concerned that it may have progressed since then, and that arthritis was causing the pain. In the span of 20 minutes, I went from being really worried that the doctor was going to tell me I shouldn't run, to deciding that I would get a hip replacement if need be, because I wasn't going to stop running. 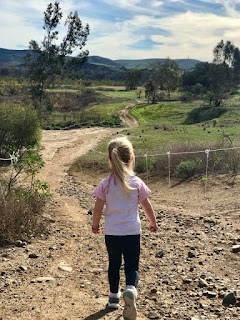 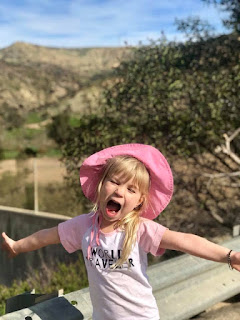 I started poking and prodding my hip area, and it hurt. This was super encouraging to me because if it were the bone or joint, it shouldn't hurt to the touch. I asked my husband to massage it, and he has really strong hands. The next day I was limping, but I was happy, having google-diagnosed myself as having bursitis. That day, my doctor gave me a cortisone shot and I hoped I would be back to running in a few days, a week at max. For good measure, I took two off, and iced my hip every day. Feeling confident, I headed out for three miles on the soft dirt trails behind our house, in my new shoes. After only a half mile, I was limping again and walked back to the house, defeated. My doctor has ordered an MRI which will tell us more. I'm still holding out hope that it is bursitis, and maybe the cortisone shot was not put in the right place.

This month I finally reached the weight I was when I became pregnant with C, a loss of over 70 pounds, if you include him. But I still want to loose another 10, and so I am anxious to get back to running. It's not just the calories I burn with running, but the fact that I then make healthier decisions on what I eat when I've ran. Nothing makes you second-guess 300 calories like a 3 mile run (which only burns about 300). Running also gives me an endorphin boost that walking does not.
The start of this year has been simply amazing with the kids. Being around them is such a joy, and every day my love for them deepens. One of my favorite things in the world right now is seeing or hearing A make baby C laugh. I love the connection and bond they are developing, and the fact that I trust her around them. She has his best interests at heart, and is protective and gentle with him. I often leave her upstairs with him.

Baby had his first food this month, a few days shy of 6 months, and he loved it. She was the one that fed him his first bite, using my baby spoon. She takes a great amount of pride in being able to do things like that for him, and will now ask "What my baby brother saying?" I'll respond with what I imagine he would be thinking, though unlike Trevi, he does not have a "voice."

My girl is such a sweetheart, and such a rule-follower. Several times a day, she will come up to me and ask "Please I can..." instead of just doing it. Often, it's something that I always say yes to, like having a spoonful of peanut butter. I attribute this to the fact that I say yes to her a lot more than I ever say no. About the only time I say no is when it's something dangerous, or something that is not good for her, like screen time. It will be pouring down rain and my response to "Please I can go outside?" is almost always yes. She gets a lot of freedom, and so is not trying to get away with anything. Also, I love the heck out of her and make sure she knows it daily, so she wants to please me, like I did with my Mom. She gets a lot of my undivided attention, and so she is not seeking out wrong things for negative attention. Sometimes I ask her why she is such a good girl, and she says "Because I love you." 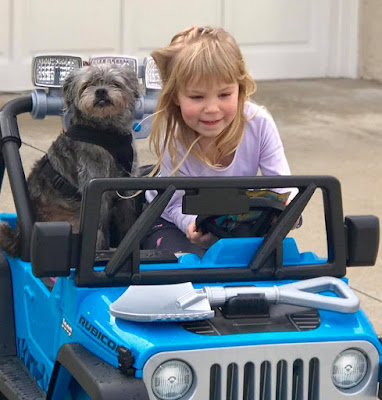 Now, this isn't to say I don't have to sometimes ask her 5 times to do certain non-preferred tasks, I do. She really hates me brushing her hair, for example. She will also whine or full on cry sometimes when I say no to TV, or ask for her iPad back after her time is up, depending on her mood. She also has, on occasion, asked for it again and again. Those times especially, I am mindful not to give in. While giving in would be much easier in the short term, it teaches children that they need to escalate next time in order to get their way.

The favorite part of my day is waking up next to her and snuggling until Chompers starts babbling in his crib. This guy! He's the only baby known to mankind that will wake up starving from a solid 11 hours of sleep in a poopy, wet diaper and not cry! I scoop him out of his crib and bring him into her bed to feed. When I make a trip to the garage fridge to get my low-carb Monster energy drink, I let the cats out and they usually join us, as well as Trevi. 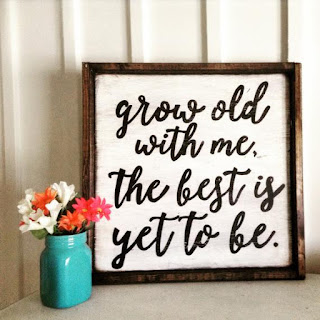 I cherish this time with the kids so much that I found myself recently thinking that this is the best time in my life. I need to really soak it in and remember this time. Although it sounds like such a nice thought, it is actually depressing if you think about it: It doesn't get any better than this. It's all down hill from here. But in reality, things will only sweeten with time. I love my kids and husband more and more with each passing day, so it is more like compounding interest. Also, I realized that pretty much each stage in my life has seemed like "the best" at the time, until the next one came along. I actually remember people in high school telling me "You better enjoy it! This is the best time of your life!" and thinking Really, this right here is it? Thankfully, that wasn't true and when I was in college, I thought that was the best. Then, when I started my career, met my husband, etc. Just as I love seeing her personality develop and the conversations we're having, I imagine they will be even more meaningful as she becomes a teenager and young adult and is contemplating a career or husband.

So now my new outlook is that instead of this being as good as it gets, the best is yet to come. That's right, life just keeps getting better and better. And then, when you think it cannot possibly get any better at all, you die.

Okay, that last one may need a little work.