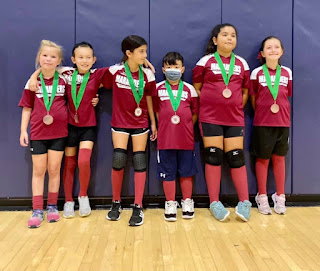 The summer volleyball session ended with our girl earning "My first medal in the whole world!" for her team finishing 2nd overall in the league finals! Just like that very first day on the court when she was thrown into a game, once again her Mom did not realize what she was getting her little girl into! We arrived at the gym before 12pm for what I thought would be the usual game or two. Four hours later, she was still playing, because they just kept winning! She even scored some points herself!

I have called her Awesome Aut before, but this is where she truly earned her nickname! I mean, she played for 4 hours almost non-stop! 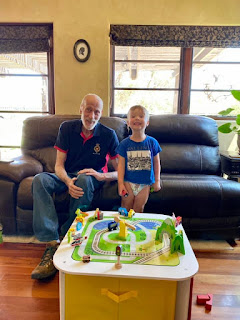 Our Big Man turned three and we all headed to Disneyland as a family on his actual birthday. But we celebrated a few days before, with my father, as well as a week or so after with a huge THREE-REX party involving real dinosaurs, which you can read all about in an up-coming blog post. My Dad prides himself in being the best gift-giver, and this year was no exception. I was hoping for some wooden trains, and he got the birthday boy an awesome train table, with all sorts of wooden figures and accessories.

I started back to work at the beginning of the month and I am loving it! I thought it was going to be a difficult opening of the school year and it has been super smooth because of funding related to COVID learning loss. I continued my side-hustle with some back to school photography. I also photographed a wedding, and booked a Baptism and 60th birthday party for next month. It is a job I really love. At the wedding, I actually cried when the mother-son dance was the same song that I play daily for my boy; Simple Man by Lynyrd Skynyrd. The editing is time-consuming but fun, and I do most of it while watching Curb Your Enthusiasm at night. I know, I'm late to the party on this one, as it is about 20 years old, but so, so good! Who knew I would identify so well with an older, Jewish man?! Larry David and I happen to have quite a lot in common. 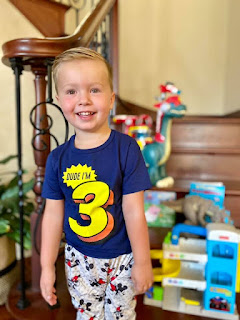 My weight-loss journey continues, and I have lost 20 pounds since April. Finally! But, I found that I have hit a plateau and am no longer loosing. Also, I'm a bit tired of the fasting because well, when you're fasting you can't eat. I thought briefly of saying I'm done - this is my goal weight and as good as it gets - when I decided that I need to take to next level and loose 10 more pounds. I know these will be the hardest to loose. I began searching for a solution when one fell in my lap. My co-worker started talking to be about low-carbs. This is nothing new, and I've heard it before...but, I would get lost when people would start talking about macro-nutrients vs. micro. And, I thought eating a ton of meat can't be healthy. But, no one is saying it needs to be a ton of meet, and she simplified everything by telling me this:

E: All you need to do is keep your daily net carbs under 20.

E: Yes, do that and you will not be able to keep the weight on.

She used to be in fitness competitions, so she knows, I told myself and that very day I made the decision. I thought it would be pretty easy, until I realized that nearly everything I eat has 20 carbs in it!!! She helped me with some tips and tricks such as the "Two Good" yogurt and these Endulge bars. A week later, and I was waking up and having steamed broccoli with a bit of cheddar, butter and salt, along with baked zucchini topped with parmesan...for breakfast! Because I'm coming from not eating for 18+ hours, it was a bit freeing to think that now I can now eat any time of the day. I love how I'm feeling being at the lower weight, because I have more energy. It's nice to notice not only with how my clothes fit, but how my face looks in pictures. Someday, I'll show you the before pics. Maybe.

Both kids started school in the middle of the week, in the middle of the month. We were both there for their first respective drop offs, which didn't involve any tears, not even from me! We were relieved that they both had such great first days! Cha had a new "big house" and I was so happy that he wanted to go back the second day! At drop off on the second day, kids were screaming bloody murder as they were peeled from their parents (as was the case for him last year) and he very seriously looked at me and stated "I don't like crying." I had some reservations about needing to pack their lunches but have it down now. It's saving us money and it's also a lot healthier.

I am super-proud to report that Cha pretty much potty trained himself within the span of about two weeks, without much effort on our part. He is a remarkable guy and it was effortless. We reinforced him a few times with m&ms and that was it; he started going on his own while at home without even telling us. In fact, there are times when I wake up in the morning and notice he has gone during the night ... and, left the seat up! By the end of the month, we were sending him to school in his new Spiderman undies, and he has yet to have one accident. 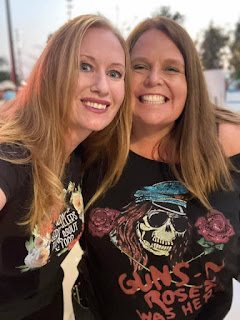 There was a return of live music, and my best friend and I (along with her hubby and son!) went to a Guns 'n Roses concert at the Banc of California arena in LA. There at the concert, I realized that we had been going to shows together for over three decades! Which is strange since we're both still 29. Just a week later, we also all went to the Improv. For now, life seems to be back to normal but the Delta variant remains the wild card. 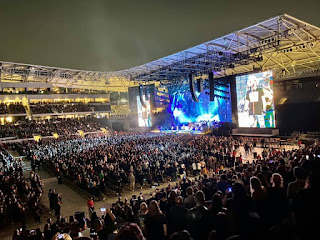 The kids and I became Magic Key passholders at Disneyland this month and started going there weekly! Big Man is already 40 inches, so he's able to go on almost everything, including Splash Mountain! As you can tell from the photo below, he really enjoyed the ride. I have the Dream Key Pass, which includes parking, while both kids have the Believe Key Pass. My hubby has the Free Pass to do whatever he would like in the quiet house, while we're at the park! 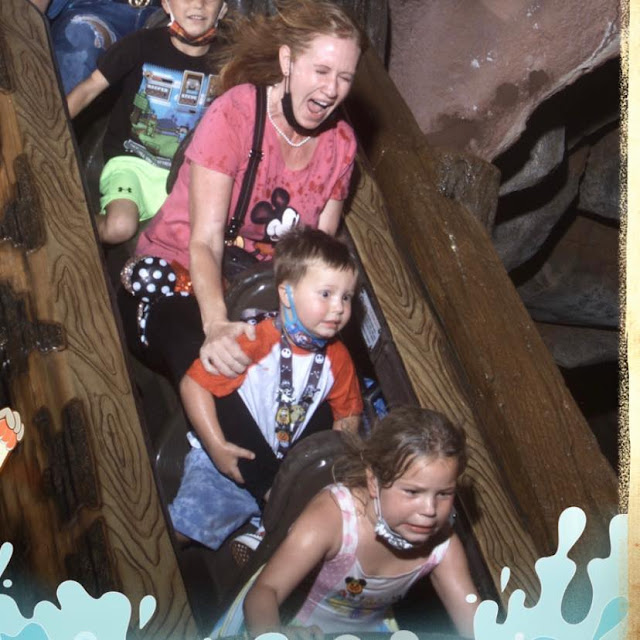