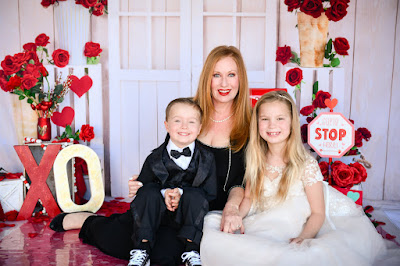 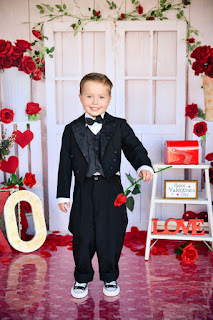 This month flew by didn't it?! As I write this, I have officially completed half of my Ed. D. program. I am also behind on this update, so this update will be brief!  A highlight of the month was bringing my Dad home after he was hospitalized since 1/13 with COVID. After a lengthy stay, he was moved to a skilled nursing facility which he, understandably, did not like and called frequently asking to come home. It was wonderful to bring him home on his 77th birthday and celebrate with a cake and presents. He is back home at his place in Yucaipa.

The pool is progressing! My husband has had to manage the project daily to ensure that it is right and I'm so thankful that he is on top of it! He is also great about holding the line when they try and sneak in extra charges, adding up to tens of thousands of dollars. At the end of the month, they added  the shockcrete, which needed to be watered twice a day for two weeks. Next up, plaster! 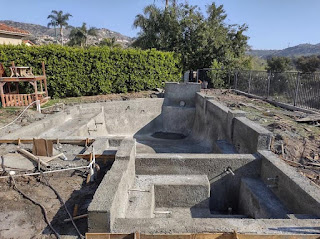 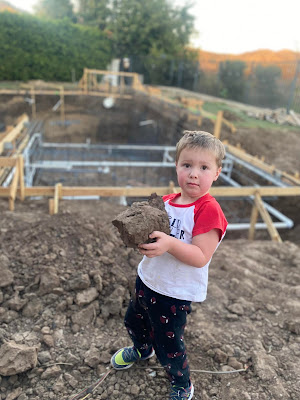 We celebrated Valentine's Day as a family, with a nice dinner out. The kids received their gifts, which included chocolate, silly string and some warmies, which they love to cuddle at bedtime. They also received cards from their classmates, grandparents, Uncle TJ and Auntie Bex and Jeri, my best friend's Mom. They also had a ton of class Valentine's and a delicious cookie decorating kit from their cousins, made by Aunt Brittany!

This month we also attended their newest cousin Benedict's baptism, as well as a Pirate Dinner Adventure with the Goss family! 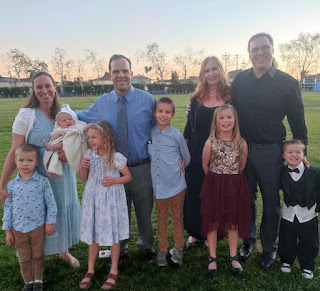 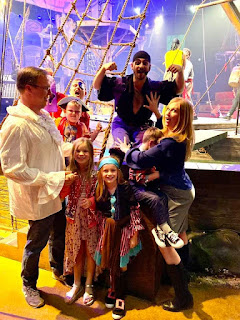 For our week off (known as ski week in our district), the children and I flew to Oregon. We had a direct flight which was just over two hours and much better than flying up to Seattle and then taking another plane back down. My husband made the 14+ hour drive so that all four dogs could come and they had a blast. It really is like a doggie vacation for them, and I love nothing more on a walk around the lake than hearing the sound of their paws pass us as they gallop ahead, in a full sprint. Anna and Elsa were in the lake every day, even though it dropped as low as 15 degrees at night and the lake partially froze. As we say, the cold never bothered them anyway (sorry, couldn't help myself!).

My hubby bought a new truck and the kids were so excited to go off-roading on the property, where his previous (non-4x4) was stuck a year ago. 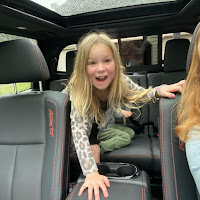 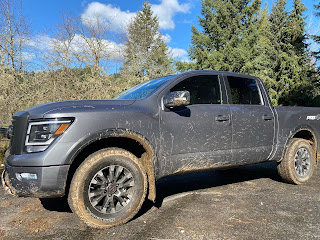 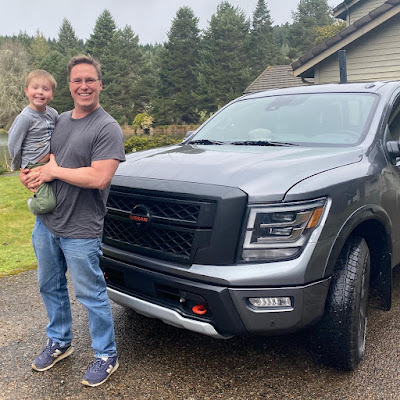 While husband received a new truck, I received a speeding ticket while in Oregon. Apparently, I was on a "Connector" which looks exactly like a freeway, except it has a 55 mph speed limit. Coincidentally, it happened on the very day that I had moved Cha out of a car seat and into a booster, and taken Aut out of anything at all. "Not to get another ticket...but would you mind checking to make sure the kids are safe, I asked?" After inspection, he gave them both the thumbs up. Pro-tip: if you're too busy to take your children to the police office for a safety check/inspection, they can come to you, if you just drive fast enough! 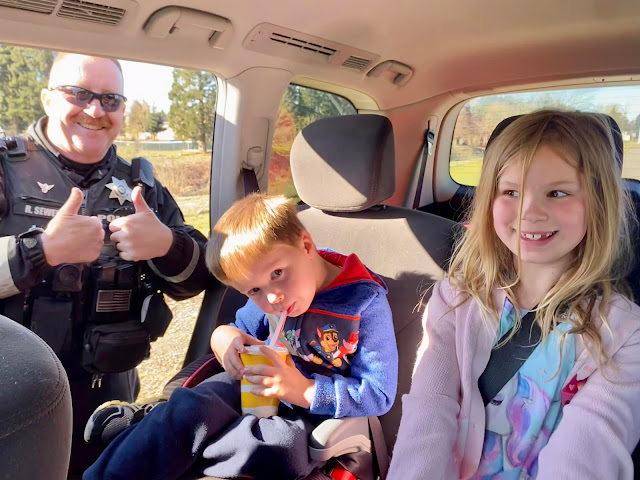 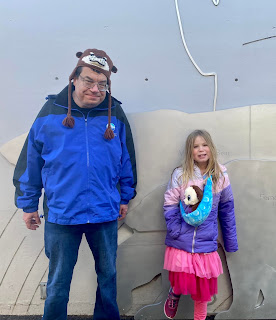 This all happened when we were on our way to spend a zoo day with Uncle Ben in Portland. And we still had a great day! Uncle Ben was excited to buy Aut a swaddled baby otter that she was eyeing on our December trip, and she proudly wore it around all day.

This month we continued cheer, gymnastics and Girl Scouts continue and Aut has leveled up in swim, as we continued our Saturday morning gym routine. I love sitting in the sauna while they have their lessons because I can still see them. Then, they love going to Kids Club after while my hubby and I work out. 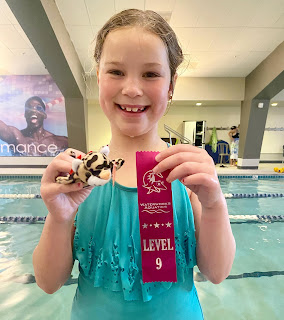 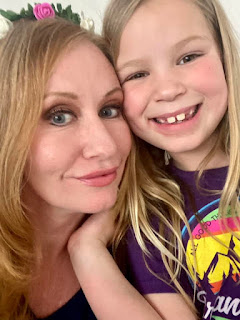 Things I don't want to forget:

Cha says "Last year" meaning yesterday and "Please I have another cookie?" 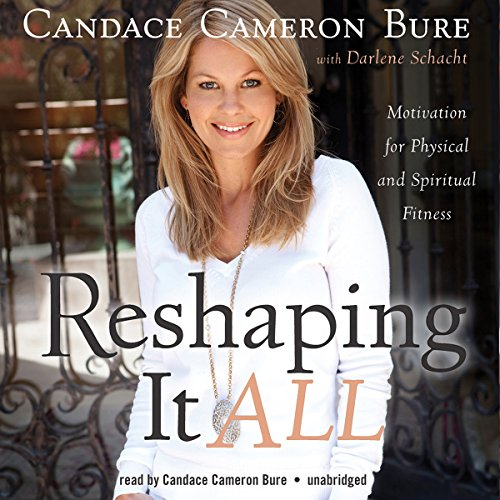