We visited Disneyland three times this month and the kids tackled the Matterhorn for the first time. When we were in line, Aut was very apprehensive. I told her that she would probably want to go on it again after she finished and she quipped "If I do want to ride again, then I'm wrong!" But Mom was right, and she was back in line as soon as we were finished. 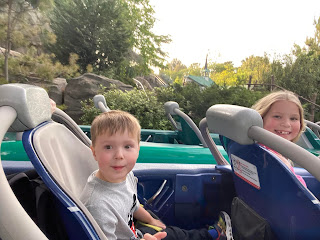 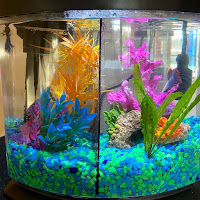 At three years old, it's crazy to me that Cha exceeds the height requirements by two inches! He's 44" tall and weighs 45 pounds, making him the size of most kindergarteners. His personality and sense of humor are growing just as rapidly!! His new thing is making silly faces when I ask him to smile for a photo. I love the little man he is becoming.
This month, we added to our brood of animals with  two beta fish in one aquarium with a divider. Beta fish like water at 80 degrees, and for under $10 at amazon, you can purchase a small heater to keep them happy. Please don't have a beta fish without a heater! Sometimes what we see or what they sell in pet stores are not ideal for pets. Since getting two parakeets, for example, I have learned that nearly all cages sold in pet stores are far too small for them. They actually need cages that are much, much larger, known as "flight cages." Finches prefer them to be larger width-wise, and parakeets prefer height, because they are climbers. I became an accidental owner, finding one on a hike and so they have been in a small cage since that time. I didn't know! I have my sights set on a large one for my birthday.
This month, we also celebrated St. Paddy's Day and my brother's birthday. The kids had some fun, free-dress themed days at school. 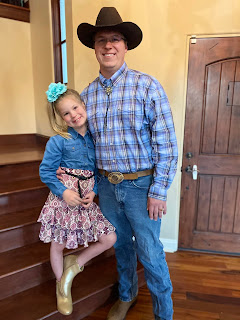 Aut had her first father-daughter dance which was everything you expect a school dance to be: slightly awkward with little dancing. Almost no one from her class was there. It made me happy to learn that instead of staying, they left early in favor of a trip to In-n-Out for cheese fries and a shake. In the parking lot, he let her stand through the truck's sun roof and she came home bouncy and happy.

Pool construction continues, but it is slow-going.
Our girl was student of the week near the end of the month and was able to share with her class that we are gearing up for an international trip. Crazy Covid travel restrictions cramped our style. But this will still be the 8th country she has traveled to in her 6 years, a source of pride for both her father and I. I didn't leave the country until I was nearly 30, and it gives me so much meaning and fulfillment to be able to travel with them. As the quote making the rounds on instagram goes, 'Travel is the only thing you can buy that makes you richer.' 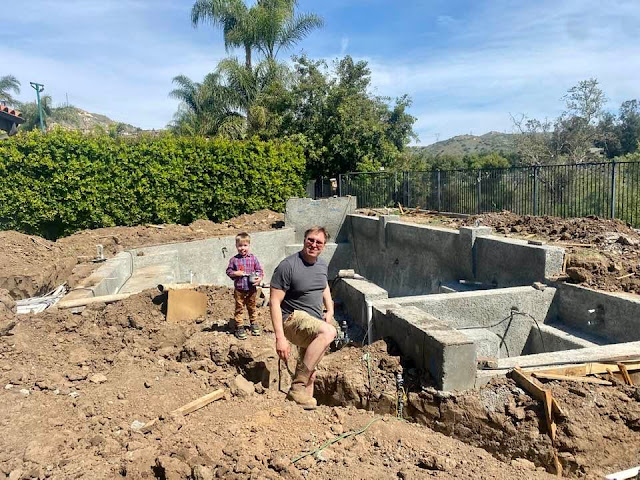