Get the Balance Right - February Update

Some say that the wisdom of the ages is found in the Bible, and this may very well be true. But it is also found in many a Depeche Mode song. Get The Balance Right from 1983 especially rang true for me this month.

There's more besides joyrides
Little house in the countryside
Understand, learn to demand,
Compromise, sometimes lie
Get the Balance right, get the balance right
Be responsible, respectable,
Stable but gullible
Concerned and caring, help the helpless
But always remain ultimately selfish
Get the balance right, get the balance right
You think you've got a hold of it all
You haven't got a hold at all
When you reach the top, get ready to drop
Prepare yourself for the fall, you're gonna fall
It's almost predictable
Don't take this way, don't take that way
Straight down the middle until next Thursday
Push to the left, back to the right
Twist and turn 'til you've got it right
Get the balance right
Becoming a Mom throws off the balance for awhile. Your top priority is caring for your children. Listening to this song on a run with the kids, I finally understood this line: Concerned and caring, help the helpless. But always remain ultimately selfish. You know, that whole take care of yourself so that you can take care of others bit. I realized that it had been too long since I spent money on myself when my friend Jennifer texted me "And please don't wear that same brown dress you've been wearing for the past decade!"
I had lost 80 pounds (well, 70 plus the baby but 80 sounds better, doesn't it?) and deserved a few new outfits. I also donated a ton of clothes, you know - the ones that weren't bringing me any joy, like the slightly shiny suit I wore to my first counseling interview. Thirteen years ago. 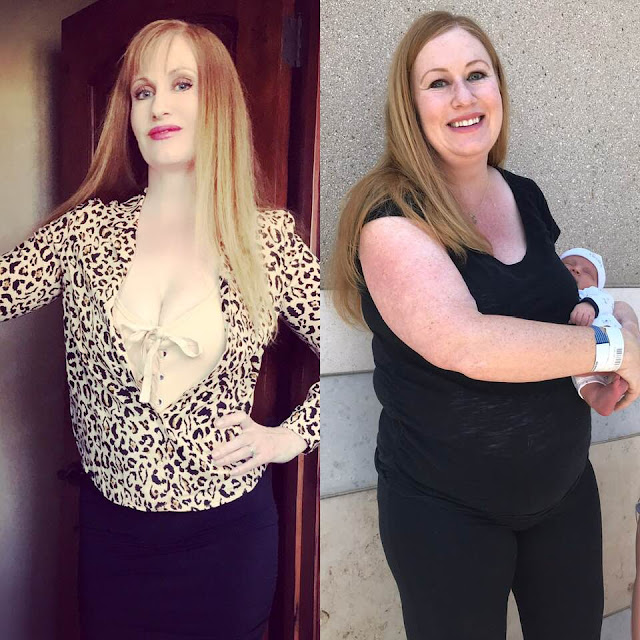 I haven't been able to run this month because I'm still waiting on the results of my hip MRI. My husband and I also joined the gym and have been going 2-3 times a week. The childcare is so reasonable there: only $10 per child, per month! It's so nice to be able to talk to him without any interruptions. Our time together in between sets is such a luxury that it feels like we're on a date.

I want to continue to loose and more importantly, reduce my body-fat percentage. I want to build back up more muscle. I am a mom, yes, but that doesn't mean that I give up on myself now that I have two to care for. It's about priorities and aside from continuing to look good for my husband, I want to have energy to keep up with the kids and the health to be with them as long as possible. Working out also boosts my mood. You know water off a duck's back? That's me on days I get a workout in. 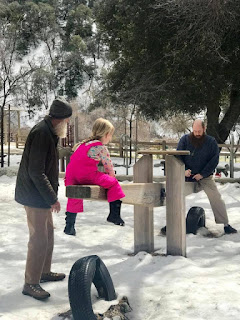 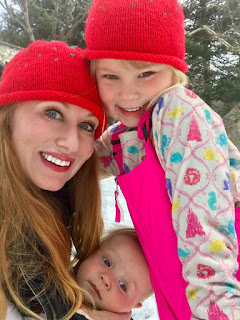 This month flew by. There are many things I don't like about living in California, but our weather is not one of them. I took the kids up to the snow one day, and we went to the beach on a whim the next. A had so much fun sledding with GrandpaGlennie that on the way home, she spontaneously said "I love this day!" My Dad and brother are so good to her, and make an effort to spend time with her every week. I can't help but dream of what it would be like if Mom were still here, and how much she would cherish the kids. I try to channel that into the love that I give them. I also try to help her develop my Mom's outlook on life.

In my interactions with A, I try to help her re-frame things that frustrate her to help her develop the amazingly positive attitude that my Mom had. For example, A was very upset that she fell while running on a walk with me. Although she was not physically too hurt, she was crying for a while afterwards. I explained to her that when we get hurt, physically or emotionally, we are building up our strength for the future. It makes us stronger. She just looked at me and didn't say anything, but a few hours later I overheard her telling Trevi "It's okay Trevi - you fall and you are hurt but then you get stronger!"

Little A comes from a long line of very strong women, and I want her to know this. I want to help her build up the resiliency that I didn't realize I had until well into adulthood. Mom had a sweetness and softness about her, yet she was by far the strongest woman I have ever known. I hope to teach A that being strong doesn't need to equate to being bossy or controlling. The strongest trees are the flexible ones that bend in the wind, not the rigid ones that snap with the slightest breeze. Things don't always go our way, and that's okay. Her faith formation classes help with this too, I believe and it makes me so happy knowing that she will soon start Catholic school, just like Mom did. 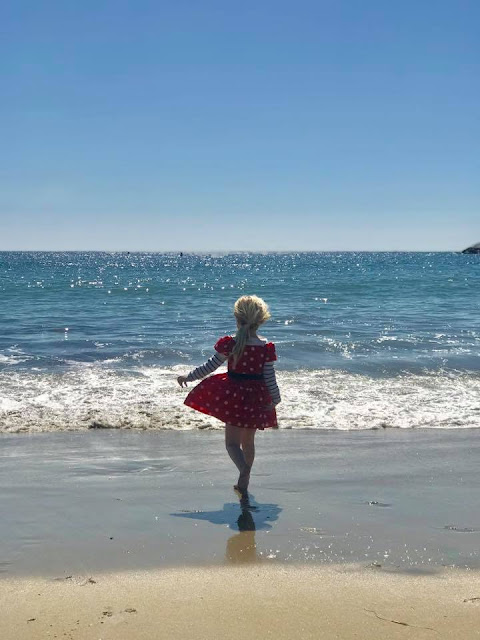 Baby C continues to be a dream come true. He still sleeps about 9pm-8am and when he does wake up, he babbles instead of crying. He loves being pushed in the stroller, being worn and especially loves when his sister makes him laugh. He started going in the hot tub this month, and loves splashing and kicking his feet. He has the easiest disposition.

Being their mom is my life's greatest joy. Sometimes, A will say "You the best Mommy ever!" and it just makes everything worth it.
Posted by Megan Heather No comments:

Deinstitutionalization has been a psychiatric Titanic. 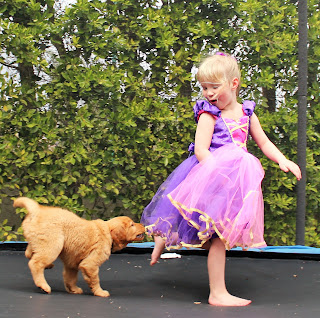 This morning, my daughter and her friend dressed up like princesses and had tea (with real china!) with Rapunzel. Leaving the beautiful pink Victorian home where each parent shelled out $50, my girl looked out the window and saw what I could hardly believe I was seeing: A homeless woman, pants around her ankles, peeing on the sidewalk and her pants...wheelchair and bags nearby. "What's that Mommy?"

Tears welled up in my eyes when I thought of this woman as a child; she was once someone's baby, fresh and clean with a world of possibilities.

The de-institutionalization of mental health hospitals that happened under President Carter's watch in 1955 is nothing short of criminal. Under the guise "rights" and "freedom" they were shut down (to save money) when they should have been reformed.

We desperately need more than voluntary community programs for our mentally ill. Especially those that don't have family support.

Here I sit editing photos of princesses and puppies and I cannot get this woman out of my mind. We are failing her. She needs to be committed for a period of time and stabilized and guess what??? There is NO PLACE for her. Unless she is currently a danger to her self or others, even an emergency room won't keep her. Currently a danger? They will only help for 72 hours. Not NEARLY enough time for ANY psychiatric medication to work.

I give my daughter the most magical childhood I can, but who would help her one day, were we to be gone, if she suffered from mental illness? Any child could end up like that woman, and we're lying to ourselves if we think that can't. Yes, some may be drug addicts...it's easier if we just think all of them are - but many are just mentally ill, through no fault of their own.

"Deinstitutionalization was based on the principle that severe mental illness should be treated in the least restrictive setting. As further defined by President Jimmy Carter's Commission on Mental Health, this ideology rested on "the objective of maintaining the greatest degree of freedom, self-determination, autonomy, dignity, and integrity of body, mind, and spirit for the individual while he or she participates in treatment or receives services."

Where was this woman's dignity? Is this least restrictive environment helping her at all?
"The "least restrictive setting" frequently turns out to be a cardboard box, a jail cell, or a terror-filled existence plagued by both real and imaginary enemies."

Every Mom in attendance at that tea could have instead given money to this woman and it wouldn't have made a damn bit of difference. She needs more than community outreach or charity. She needs help and a place to be cared for and given medication, involuntarily.

Mental institutions were taken away under the guise of "rights" and our government needs to bring them back.

"Deinstitutionalization has been a psychiatric Titanic. Their lives are virtually devoid of "dignity" or "integrity of body, mind, and spirit." "Self-determination" often means merely that the person has a choice of soup kitchens. The "least restrictive setting" frequently turns out to be a cardboard box, a jail cell, or a terror-filled existence plagued by both real and imaginary enemies."

Read this: https://www.pbs.org/wgbh/pages/frontline/shows/asylums/special/excerpt.html
Posted by Megan Heather No comments: