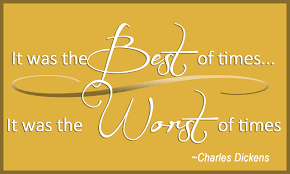 This has been an exciting month in some ways, and a tough month in other ways. After nearly 6 months of planning and waiting, pool construction has finally started. It was exciting to finally break ground and the month ended with a massive hole in the ground, which the kids have fun playing in.
On the 13th, I took my father to the emergency room. He was admitted, and he is still not home. And, we have not been able to see him at all, because he tested positive for covid. Surprisingly, I did not get it even though I drove in the car with him (no masks) from one city to another. I also sat next to him for 4-5 hours in the waiting room, even holding his hand. My father was extremely weak, and it was hard for him to even stand up to move out of his wheelchair. He was falling at home and when he would fall, he did not have the strength to even get himself up off the floor. In the emergency room, his resting heart rate was 155 and could not be lowered. Even with IV fluids, and even with medication. They needed to sedate him and shock his heart with electricity to get it restarted on a better rhythm. The next day, we spoke on the phone and he had his usual sense of humor and seemed good. So it was a bit of a shock when he took a turn for the worse, needing 1-2 liters of oxygen one day and up to 7 liters another day, with a full face mask. They started him on a 5 day course of Remdesivir, something "unproven" that Trump was criticized for mentioning as a possibility, that is actually quite effective. The 5 day course was extended to 10.

I do not know if it was ever really touch and go for Dad medically, but to us, it sure seemed like it was. On one of the more difficult days, he could hardly get one word out without being breathless. This was about 12 days in, and I thought that he was receiving oxygen and yet seemed much, much worse. However, we learned that he had just been taken off the oxygen, and that was why he was having so much difficulty. While he was in there, we also learned that his Chronic Lymphocytic Leukemia (CLL) is stage 4. We knew he had CLL, he has had it for a long time and takes an oral chemotherapy pill for it, but we did not know that it was stage 4. He was in the hospital so long that he started to have some confusion, agitation and was also very weak from laying in a bed for so long. While he begged to come home, and we wanted him home, it was the decision for him to be transferred to a skilled nursing facility to regain some strength. Continued prayers are appreciated, as his progress there is slow but steady. He will come home, it is just a question of when.
It is so hard to see someone you love struggling with their health. Well, even harder to not be able to see them and eagerly await a call back from the doctor each day with an update. Some days, you don't hear back from them and your mind drifts to the 'what-ifs.' In me, this stirred a renewed commitment to my health and fitness, as well as for the health of our family. When things are beyond your control, it feels good to control some of the things that you can. Obviously, many medical factors are beyond our control, but so many underlying conditions are preventable or less severe when we are healthy. Having a BMI over 25 puts us at risk for so many conditions, including COVID, but it is something that we are talking about less and less. In a way, that is good. There are far too many stereotypes and too much stigma and judgement attached to being overweight in our society. No one should be put down or treated poorly for their appearance. But, when the lack of conversations around being overweight in a private, medical setting for medical reasons are taboo, we have a problem. My friend is a physician's assistant and their medical group was given the directive to never bring up a person's weight to them, ever, unless the patient first broached the subject. This is taking it too far. But I digress.
I like to eat. And with a history of running marathons (15, but who's counting?) I'm used to being able to eat more than my non-running counterparts without it showing as much, but I have never been able to eat whatever I want. Even while training, it is still 80% what we eat and only 20% exercise. Even though we only burn 100 calories a mile, I famously ate more than my husband, who is 6'4", on our first date. Forget seconds, I went back for thirds! But now my mileage is much lower and I need to watch what I eat a little more closely. Limiting how much I eat has proven to be difficult for me, but limiting when I eat seems to work. I usually can't have just one cookie, but instead find it easier to not have a cookie at all or not until my eating window. Delay, don't deny. That's why I love intermittent fasting and find that 20 hours of fasting coupled with a 4 hour eating window works best for me. To help hold myself accountable, I started the 75 Hard program and am loving it. Total cost? $4.99 for the app. This program, which bills itself as a mental toughness program and not a weight-loss challenge, is a bit more strict that I'm used to with NO cheat meals or junk at all, coupled with two 45 min workouts every. Single. Day. Also, a gallon of water and a few other requirements such as daily progress picture and ten pages of non-fiction reading. I failed on the first day, then made it seven days before failing again. I'm back, on day two, with only 73 more to go - ha!
Being worried about loosing someone also stirs in us a renewed commitment to spending time with our family and enjoying every day every moment that we can with them. The kinds and I enjoyed an overnight getaway to Dana Point, where they had a blast in the hotel room, at the pool and on the cloudy beach. We worked in a few Disneyland visits and spent a few hours exploring Tom sawyer's island. Prior to catching the boat/raft, Aut was asking to "just play somewhere in the shade" and I realized that we had not been to the island since before COVID.  They loved the unstructured exploration and complete lack of lines. 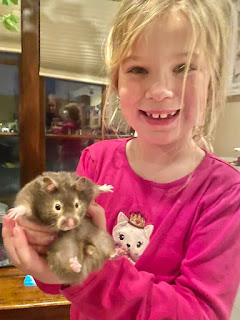 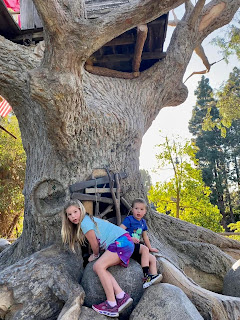 No posting this month would be complete without mentioning our newest addition: Humphry! She is the sweetest little girl, and very mellow. Wait, she? The name was picked before we picked her. Cha is very gentle with her, too. He continues to be super affectionate and his newest saying that melts my heart is "I'm gonna marry Mamma ... allll weekend!"
Posted by Megan Heather No comments: