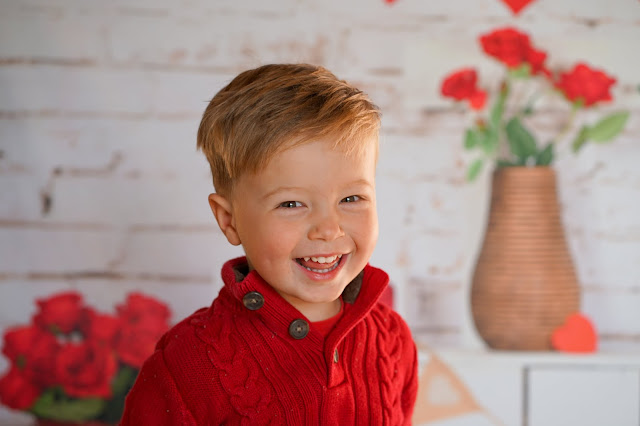 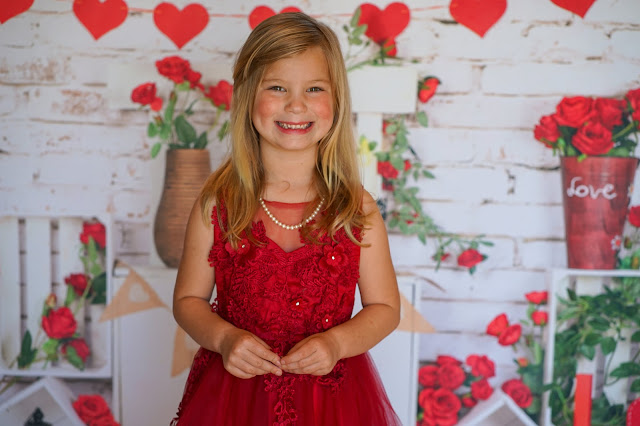 I am in love with this month filled with love! It's been an amazing month with the kids. On the February 1st, Aut lost her 3rd tooth and eleven days later, she lost her 4th! She was so excited that she ran around the house exclaiming "The tooth fairy is coming tonight! The tooooooooth fairy is COMING!" and coaxed the phone out of Dad's hand to gush to her Grandma. Imagine her excitement when I showed her the video I managed to get when I caught the fairy exiting her room!

By the end of the month she lost an additional tooth (her fifth!) leaving her with the most adorable smile, as she is now missing her two front teeth as well as two on the bottom. This happened while she was in a cooking class and since she also accidentally swallowed it, it was quite the talk of the town when I went to pick her up.

The kids are thriving in school! So much so that when Aut was off on February 12th, she said that she wanted to go to school instead of staying home! I am in awe of all that she is learning there, and certain that I didn't learn half of what she has already until I was much older. I love it so much when she makes me something and proudly gives it to me. Cha loves carrying "my note!" from daycare to the car and giving it to me. I always tell him is says that he was such a good boy. 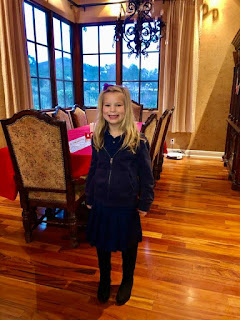 One morning a few days before our trip to ski trip to Utah, I told Cha that we were going to be staying in a cabin with lots of snow. "Throw snowball at Mom" was his response, with a huge grin. I didn't understand what he said and he said it again with excitement, because his word for snowball is "no-ball." It is amazing to start communicating with him, and to realize that he remembers our trip to Williams, AZ that we took in November.Brian Head, Utah was a winter wonderland! We stayed in this cabin for five days and received a ton of snow. Some nights, it dropped to several degrees below zero! Aut and I spent two days on the mountain. It was my first time skiing since I was 18, when I somehow found myself off the slope and the harder I tried to get back the the trail, the farther away I moved, into the powder and trees. Ever since that time, I have snowboarded, which I found much easier. The first day in Utah, Aut and I both had separate lessons. It was 7 degrees out and snowing. She did not go on the lift but I did, as my instructor said it would be trial by (very cold) fire. See, I signed myself up for the beginning advanced and was intentionally vague when asked when the last time I was on skis. "It's been a few years" was more of a bold-faced lie than a white one. I could tell he was skeptical of my level but that he was relived when I made it down without any problems, making the biggest slice of pizza I could the whole way. We went back up a few more times, as I learned to make 'C' and 'S' shapes and didn't fall once. 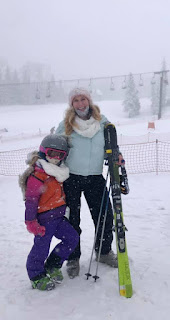 When we returned on Friday, I went up the bigger lift with my brother-in-law while Aut was in the next level of class. I was hoping that she might go on the lift I went on the day before, but knew she might just stick to the magic carpet again. As my brother-in-law headed up the Navajo Express lift, I became a bit uneasy because it just kept going up, up, up the mountain and all I was thinking was I need to go down all this! Realizing that riding the lift back down wasn't an option, I told him not to wait for me, as I knew I would take forever, going back and forth trying to avoid any speed. Coming down the hill, my legs were on fire from the constant isometric hold. I thought to myself  "I am not going on that again!" So imagine my surprise when I saw my girl headed up there! I worried, thinking she must be afraid (because I was!) and waited at the bottom of the hill. Because she did not have the shorter, slower lift to compare it to, she was not afraid! And, she went back up a second time!
The cabin time was wonderful! It was great for the kids to have connection time with their cousins, whom they did not see that much due to COVID. 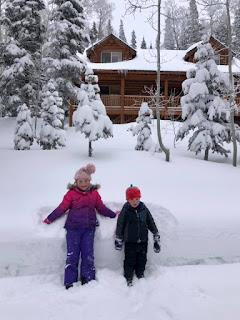 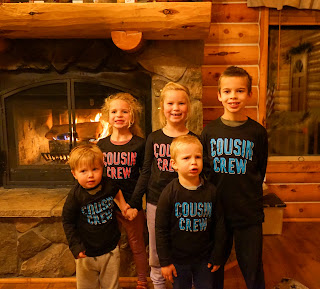 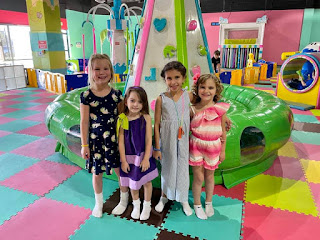 My favorite time of every day are the moments before the kids' bed time. Although I sometimes dread starting the routine, especially if I am tired, once they are in bed, I cherish the time after their teeth are brushed and we talk about the day. Daddy helps with the teeth brushing, with each child being handed their brush to brush on their own before he also brushes. Then, Daddy says goodnight and I read to each one, starting with Cha. I have recently started "This little Piggy" on Cha's toes after the book and can hear his giggles even now as I type this. Before I leave, he says "Door open, Ma!" and I leave it ajar. Aut is very patient until I come into her room, where I read a chapter or two from Junie B. Jones and then snuggle and rub her back. Although I always ask about her day, this is when she will often remember something that she forgot to tell me. This is the time that she shares her fears, or asks questions such as how long bees live. In these tender moments, I always remind her how loved she is, and tell her "I thank God every day for you" or "Thank you for making me a Mommy." I tell her she is the best girl in the whole world, and that I will love her forever. I tell her that she is important, and that she can be anything that she wants to be. I try to focus on gratitude, and tell her how blessed we are to have each other, and ask her to name three things that she is thankful for. When I leave she always says "Do what you did last night" and I say that I will, although I'm not quite sure what she means. Then she says "My Mamma..." which I echo back to her with "My Aut."

How do we cultivate a grateful heart?

So he thanked the farmer. But the farmer said, “Don’t thank me. Thank God. God gave the sunshine and the rain and fertility to the soil and that’s why we have bread to eat.”

The people in the story understood the point Paul was trying to make when he posed this question to the church in Corinth: What do you have that you did not receive from God? And if you did receive it, why do you boast as though you did not?  (1 Corinthians 4:7)

When we realize that everything we have comes from God we become more grateful.